Gratitude is confirmed to be linked to happiness, as it boosts positivity, builds strong relationships, relishes good experiences, and improves health. Unlike people, animals never forget to thank us for the love and care we give them. The story of Abi, the hugging kangaroo, proves it.

Abigail is likely to be one of the most affectionate rescued animals in the world, and her story raises awareness of the hunting issue that orphaned numerous joeys in the Australian outback.

Queen Abi starts her day by hugging the people who look after her at the Kangaroo Sanctuary, which is located outside of Alice Springs. It provides specialized care to kangaroos, rehabilitating orphaned joeys from the hunting and helps them to enter the wilderness.

Little Abigail lost her mom when she was only a few months old, and volunteers at the sanctuary welcomed her with open arms.

The founder of the non-profit sanctuary, Chris Brolga, founded it after realizing the nearest wildlife rescue center and a hospital was over 1,500km away. It has 188 acres of land, a rescue center, and provides tours to visitors.

Abi has been living in the sanctuary for over a decade, and he has developed a special relationship with her rescuers.

In a Facebook back in 2013, one of the sanctuary caretakers wrote:

“Abi came to me as an orphan of 5 months old and was quite busted up with cuts and scrapes. And [she] is my only kangaroo who comes up and gives a great big rugby tackle cuddle.”

Kangaroos are known to have long memories and have on occasion been noted to form special relationships with human caregivers, who usually have to have almost daily contact with them.

Nowadays, Queen Abi is as joyful and loving animals as several years ago, and her regular massive sniggles show her caretakers how grateful she feels.

The employees and volunteers at the sanctuary are extremely loving and caring, and the hugging kangaroo is a part of this large, heart-warming kangaroo and human family.

Many Australians believe kangaroos are over-populated in the outback, and the sale of kangaroo meat, hides, and leather is generally condoned by residents.

The export of kangaroo products makes up a $29 million a year export business, and funds over 4,000 jobs for the Oceania country.

Yet, this sanctuary opposed these attitudes After the mother is shot, the life of a joey is strongly threatened. And even if well-nurtured, many die early on.

Let’s just hope that the love and affection Queen Abi spreads will raise awareness of the importance of these animals and will be able to make a positive change.

Norway Residents Are Cashing in on Free Bonuses

What She Did to Lose Weight Stuns Doctors: Do This Daily Before Bed!

1 Cup of This Today Will Burn Your Belly Fat Like Crazy! 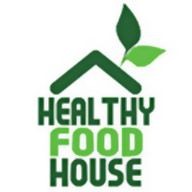 We’d like to show you notifications for the latest news and updates.
ALLOWNO THANKS
Reklame